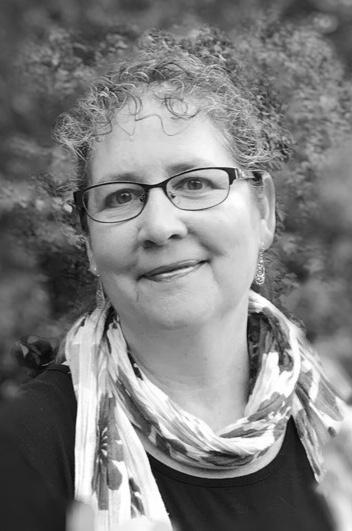 Leslie Burns hails from rural New Hampshire, where she enjoys life with her husband Tom, a pastor, and four children aged eleven to twenty-four. She counts it a privilege to join the Wilson Hill team in raising a new generation of gracious and winsome Christ-followers, equipped to bring hope to the world at such a time as this.

After undergraduate studies in Marine Biology at Long Island University, Leslie began feeling the call to focus on helping people and not just whales, so she headed to seminary at Columbia International University for a MA in Intercultural Studies and then Teaching English as a Second Language (ESL). She honed her grammar-teaching skills, and her heart for the world, with ESL students at Boston University.

Leslie fell in love with classical education when she began homeschooling her four children and has been teaching literature, composition, grammar, science, public speaking, debate and classical methodology to students and parents for over fifteen years. An incurable language nerd, she delights in relating grammar to real life, though her favorite classroom moments are those lively, profound literature-discussion epiphanies, when deeper truths suddenly become personal through artful dialog.

An enthusiastic teacher who loves to share what she’s learning, Leslie has been a keynote speaker at youth and women’s retreats and homeschool conferences, bringing passion and humor to the platform. Her efforts as a speech and debate coach have produced numerous champions at both a regional and national level, and – more importantly – have influenced many in the league to consider “How would Jesus debate?” A bit theatrical, she recently adapted and performed a dramatic interpretation of The Screwtape Letters.

Captivated by the Caribbean while spending a semester at sea, she is an avid scuba diver, with the Red Sea and Great Barrier Reef on her bucket list. In the meantime, when not teaching or preparing to do so, you can find her reading, running, napping, or nibbling dark chocolate.