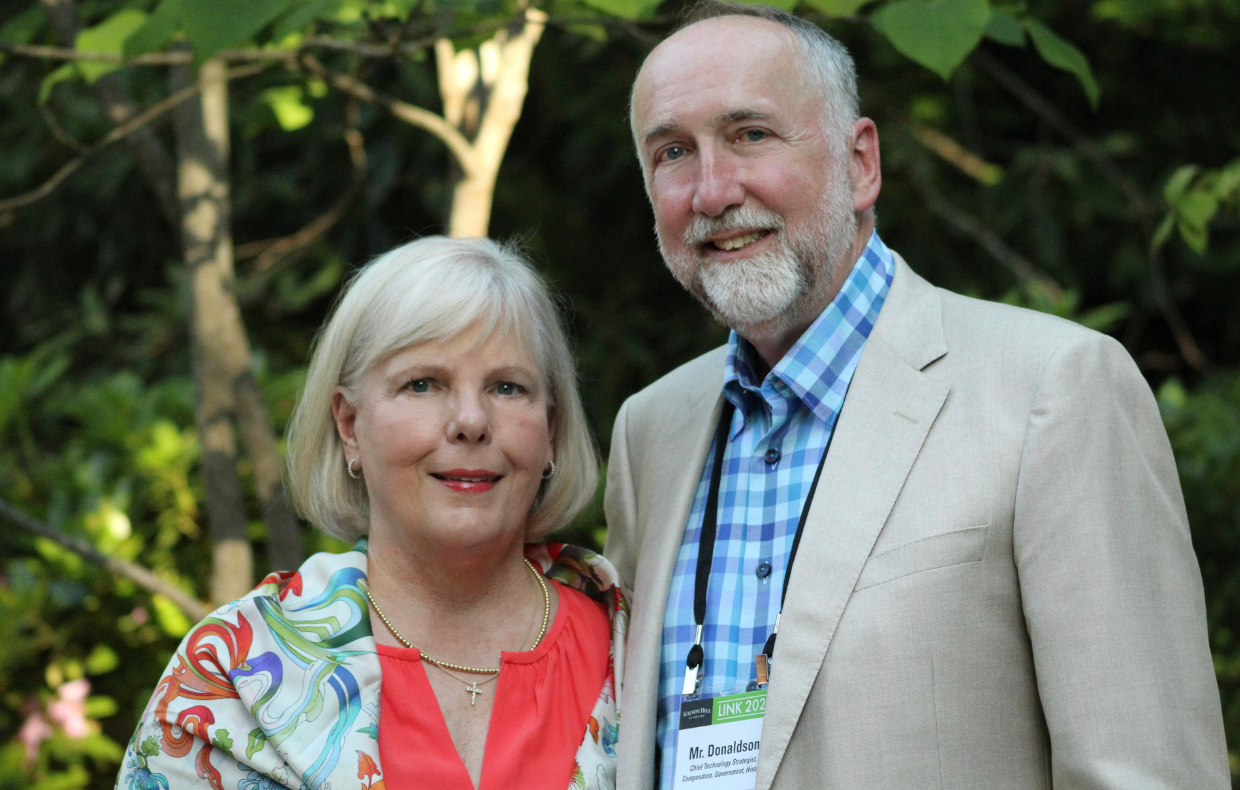 Where did the name ‘Wilson Hill’ originate?

In 1846, my great, great grandfather, Doctor Hugh Wilson, traveled from Greenbriar County, Virginia (now West Virginia), to the new state of Texas in a covered wagon, settling where Comanche Indians most certainly still lived. In fact, nearby Columbus was considered as a possible capital of Texas, but there were too many Indians.

That December, he and his family celebrated Christmas on his farm and ranch that would later become known as Wilson Hill and remain in our family until today. I still have the four poster rolling pin bed that the Wilsons brought from Virginia, along with my grandmother’s Bible that lists the Wilson genealogy.

My part of the original property has Wilson Hill on it, a high point in Colorado County that overlooks the Colorado River. As a child, I took walks with my grandfather out on the hill. I especially remember the springtimes when it’s always blanketed in bluebonnets.

The Wilsons valued education: Doctor Wilson earned his medical degree from the University of Pennsylvania, and his son, Norvell, my great grandfather, graduated from Virginia Military Institute. Stonewall Jackson signed his diploma. My grandfather did not have a college education, but he made sure my mother and uncle did. She learned Latin and English grammar in a one-room school in Alleyton, Texas, graduated from high school, attended Texas Lutheran College and graduated from the University of Texas.

At some point, I wondered about their faith, so I began looking for evidence. I found articles and especially obituaries that give tribute to their faith and their Christian character. They were faithful in their church, cared for those who worked for them, and raised their children to know the Lord and live faithfully.

Inspired by Doctor Wilson’s pioneering spirit and courage, his legacy of faith, and his commitment to education, we named the school Wilson Hill Academy.

What led you to establish Wilson Hill Academy?

Through Susan Schaeffer Macaulay and her book, For the Children’s Sake, and, shortly thereafter, Douglas Wilson and his Recovering the Lost Tools of Learning, God planted a deep desire in us to pursue a rich and life-giving education for our children. Before long, we and several other families, compelled especially by Deuteronomy 6 to “teach our children the ways of the Lord as we go,” began praying together and learning all that we possibly could to bring our hope to fruition. In a matter of months, by God’s Providence, Regents School of Austin sprang to life, and our children, Mary and Wesley, flourished in the classical environment.

During the first nine years of the school, Nancy taught a variety of classes, including Latin and sciences, served on the Admissions and Faculty Search Committees and chaired the Curriculum Committee. One of the challenges she tackled early on was evaluating and addressing the seeming incompatibility of Charlotte Mason’s philosophy and methodology with Dorothy Sayers’ The Lost Tools of Learning. Convinced of the blessings these complementary educational philosophies offer families, Nancy developed what eventually became Charlotte and Dorothy: Reconcilable Differences, a presentation she delivered for an ACCS (Association of Classical and Christian Schools) conference. As these ideas are foundational to Wilson Hill’s philosophy of education, Nancy looks forward to sharing more of what she has learned in a Wilson Hill blog post soon.

Later, Nancy had the opportunity to lead Grace Academy in Georgetown, Texas, provide consulting to schools here and abroad, and teach and administer online classes.

Bob served Regents for eight years on the board, the Curriculum Committee, and as head of the Philosophy Committee. His responsibilities included composing the school’s foundational Statement of Philosophy. Bob’s passion for the Scriptures, history, literature and language naturally inspired him to design the school’s scope and sequence for humanities. His love for geography surfaced in every classroom on wall-sized world maps where on any given day, you could find teachers or students enthusiastically recounting journeys and events from every historical era. Unsurprisingly, maps are still a key aspect of Bob’s “Closer Look” courses at Wilson Hill. He wants his students to learn that the events of history take place under God’s providential and sovereign care yet are shaped by the particular time and place in which they occurred.

For 20 years, Bob served as a board member of the Association of Classical Christian Schools. Alongside his involvement in education, he built a career in the application of technology across multiple areas of business here and around the world. This is why we not only count on him to keep all Wilson Hill technology functioning properly but also to accurately answer any technical or philosophical question about history, language, registration, even math, that leaves most of us scratching our heads.

Somewhere along the journey that began with reading For the Children’s Sake, seeing our own children complete a classical Christian education, and now enjoying our grandchildren thrive in a classical Christian school, God called us to establish Wilson Hill Academy. In 2012, we started to think about families who were looking for a similar educational experience online. Whether it was home school families or families who live in a place where the classical Christian model wasn’t offered, we wanted to bring high-quality academics, master teachers and a Christian worldview to all students. Immersed in the educational world, we started talking with colleagues and teachers passionate about discipling young people, and Wilson Hill Academy opened in 2014.

We are committed to a multi-generational view of education, which is why our core focus at Wilson Hill is, “The blessings of the Lord to a thousand generations.”  The path has not always been easy, as we have experienced faith-challenging and faith-building adversity alongside the joy of being a part of recovering an educational model that was foundational in Western Civilization. As a friend of ours often says, “God draws straight with crooked lines,” and it is clear to us that God is behind whatever success we have experienced.