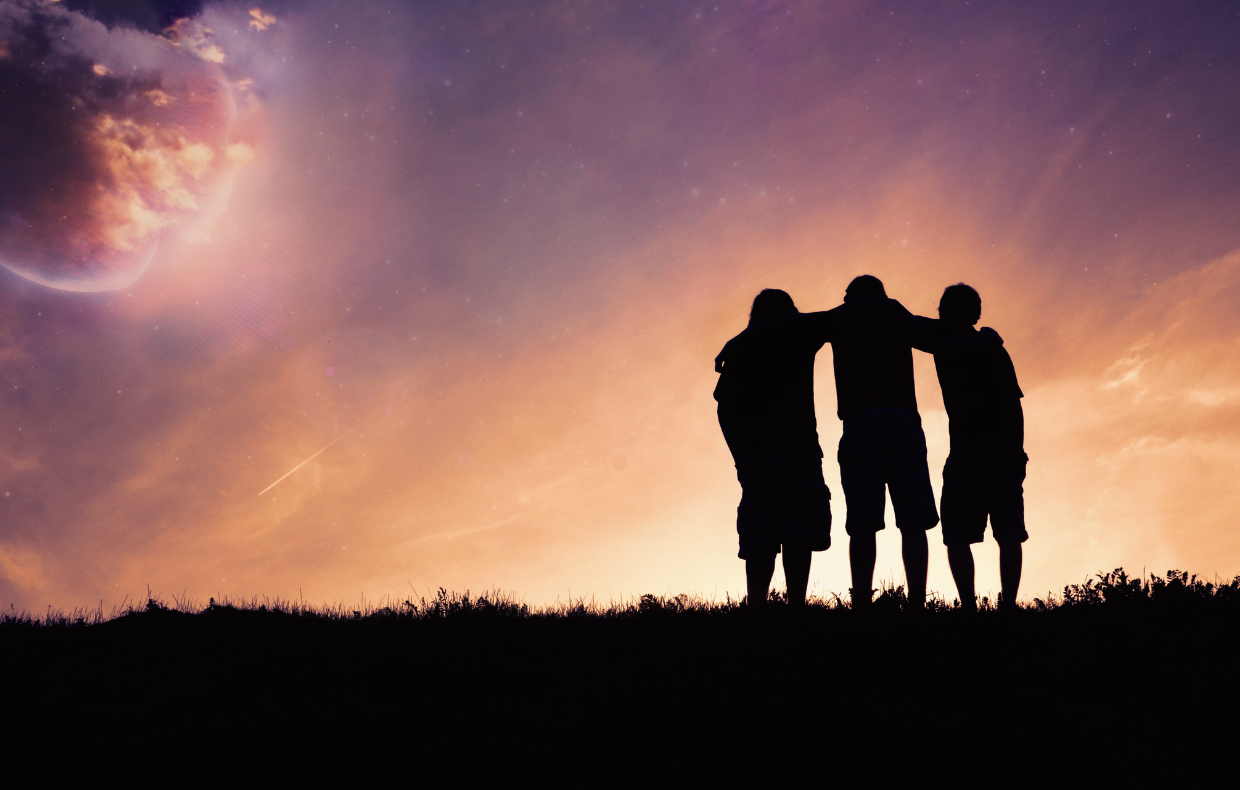 The Decay of Friendship

When I read the Passion and Resurrection narratives in the Gospels, I see a theme that is too little engaged within most Christian circles: one which offers us a glimpse into the nature of Jesus’ redemptive work. The theme is friendship.

This school year, my students and I have encountered a number of compelling illustrations of friendship in ancient literature—Achilles weeping over Patroclus, Socrates consoling his heartbroken companions before his execution, Aristotle’s grand vision of friends pursuing each other’s good and Aeneas’s final act of loyal vengeance. A question that has surfaced on more than one occasion this semester is why the covenantal and eternal friendships which are so glorified in antiquity are virtually nonexistent in our own society, even as an ideal. This reminds me of an assertion C.S. Lewis makes in The Four Loves:

To the Ancients, Friendship seemed the happiest and most fully human of all loves; the crown of life and the school of virtue. The modern world, in comparison, ignores it. We admit of course that besides a wife and family a man needs a few ‘friends’. But the very tone of the admission, and the sort of acquaintanceships which those who make it would describe as ‘friendships’, show clearly that what they are talking about has very little to do with that Philia which Aristotle classified among the virtues or that Amicitia on which Cicero wrote a book. It is something quite marginal; not a main course in life’s banquet; a diversion; something that fills up the chinks of one’s time. How has this come about?

My students are not the only ones to realize that friendships in contemporary society are but shadows of what they formerly were. Lewis recognizes the bastardization of friendship as a fruit of the modern era—friend-love is reduced to a utilitarian compact, in which companions engage in mutually gratifying activities until the next season in their lives, when they will replace each other with more immediately beneficial attachments. Consider how many of your children have wept to you about the loss of a friendship they thought was permanent. Consider how casually and cheaply you call people “friends,” and how many of them will be functionally out of your life in five years. This is a lonely and miserable cycle.

“Greater Love Has No One Than This”

In contrast to this, I believe that Christ’s sacrificial death and triumphant resurrection are the ultimate acts of friendship and the antidote to the spiritual illness of our world. As Easter approaches, I am haunted by the words of Christ to His disciples before and after His crucifixion. Jesus, during the Last Supper, teaches His companions that “greater love has no one than this, that someone lay down his life for his friends” (English Standard Version, John 15.13).

Christ then proceeds to apply this designation to the disciples themselves: “I have called you friends, for all that I have heard from my Father I have made known to you” (John 15.15). Jesus is not speaking about some abstract, ethereal concept of love. He is talking about Himself! The God-Man communicates two things by implication:
1) To sacrifice oneself for one’s friends is the greatest expression of love;
2) I will do this for you.

Everything that Christ does in the following chapters can be interpreted in light of this revelation. In Gethsemane, Jesus entreats the temple soldiers: “I told you that I am he. So, if you seek me, let these men go” (John 18.8).

Even the manner in which He gives himself up to His captors is colored by friendship. Christ’s willingness to be captured and His request that His friends be allowed to flee reveals that all the following events—His torture, His death and all that these accomplish—are the sacrifices of a man for His companions, His brothers. Jesus did not die for a nameless, faceless throng of potential converts. He gave himself up for those He loved and loved to the uttermost.

There is no scene in any story more beautiful than the consolation Jesus provides His disciples after the Resurrection. In Matthew’s Gospel, the first thing Christ tells the women at the tomb is to “tell [his] brothers to go to Galilee, and there they will see [him]” (Matt. 28.10). I am amazed that when Jesus reveals Himself to the men who had forsaken their oaths of friendship and left Him to die, He does so with an incomprehensible tenderness. The apostles, overjoyed and incredulous and ashamed, are released from their stupor by the kind of confident and casual love-speech that abounds in friendship—“Have you anything here to eat?” (Luke 24.41). How gloriously normal Jesus sounds here! And yet how out of this world this is! The spell is broken when the Lord of the universe, abandoned to death by the men He loved, affirms His unbroken affection for them with the good-natured directness and godly entitlement of a man rummaging through his best friend’s fridge on a Friday night. He still loves them; He is still their friend.

This ought to be the subject of our doxologies and poems: that the infinitely holy God—against whom we sinned, whom we despised, whom we killed—befriended His enemies and effected our salvation at the cost of His own blood. And He has risen and continues to uphold our fellowship. This is the kind of love we ought to imitate. At Wilson Hill, we long to support parents and the Church in the raising of disciples and friends of God. As you celebrate the triumph of our great Friend over sin and death this Easter, consider how you might encourage your children to pursue and establish godly and sacrificial friendships, modeled after the covenantal fellowship into which Christ has welcomed us. Jesus, “having loved his own who were in the world, he loved them to the end” (Rom. 13.1). Let us likewise—in view of the mercies of our Lord—love one another with fraternal affection and forge fellowships which will not die.