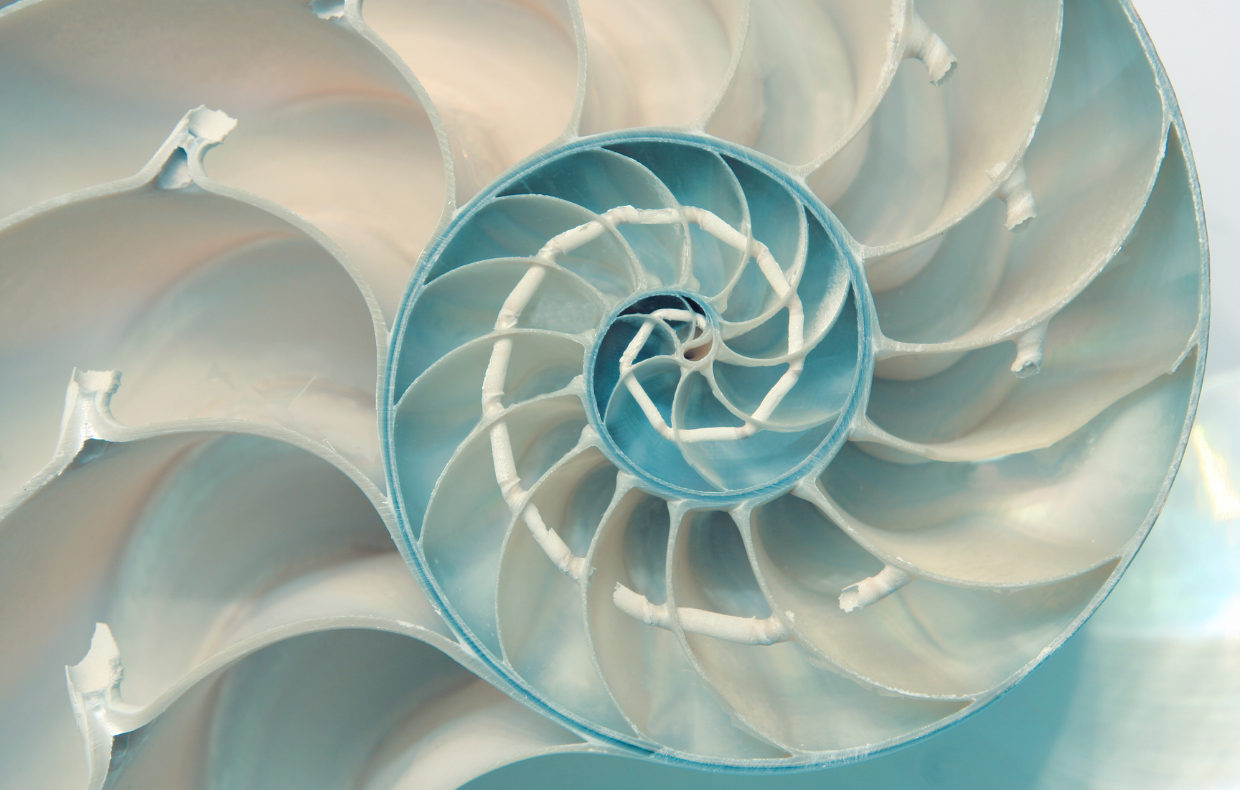 What does it mean to teach math from a Biblical worldview? After all, 2 + 2 = 4, regardless of one’s personal beliefs. Before we answer the question, maybe we first need to ask, What exactly is mathematics?

If you asked one of my geometry students, she would answer, “Mathematics is the science of patterns and the art of engaging the meaning of those patterns.” Her classmates would give the same response because this is the first tenet of the math catechism we recite at the beginning of each class.

To follow up, we might ask, “Where do these patterns come from? Is it simply by chance  that much of nature embodies symmetry and order–from the patterns of bumblebee and firefly flight to the Fibonacci sequence found in pinecones and pineapples, to the fractals in trees and coastlines, to the logarithmic spirals in the nautilus conch? Or is a Designer responsible for all it, delighting when we respond with wonder?” The second tenet of our math catechism answers this question in the words of Galileo: “Mathematics is the language in which God has written the universe.”

A skeptic might respond, “Okay, so you believe God is the Creator. What’s that got to do with how you teach Algebra? Can’t an instructor effectively explain trigonometric functions without bringing faith into it? What’s God got to do with the Pythagorean Theorem? Actually, Pythagoras was Greek, wasn’t he? Why would the God of the Bible give such incredible mathematical knowledge to a pagan people?”

I won’t presume to know the mind of God, but I will share an insight from John Nickel, author of Mathematics: Is God Silent? “Why was God moving upon [the Alexandrians] at this time in history to explore the possibilities of long sea voyages? Why did the calculations of Eratosthenes in reference to the circumference of the earth turn out to be so accurate? Why did Alexander the Great install the Greek language as the universal trade language of his empire? When the Romans came along, why did they construct a universal road system? In these developments, we see the hand of the sovereign God of Scripture directing the flow of history preparing practical tools for His people to use in preaching the liberating Gospel of the Lord Jesus Christ, not only throughout the Roman Empire, but globally to all the peoples of earth” (52). God’s purposes are always fulfilled.

For much of history, the study of mathematics was intricately tied to faith. Augustine of Hippo viewed numbers as ideas in the mind of God. Thomas Aquinas saw a correspondence between the created order and God, and he held reason in high regard. In the seventeenth century, people like Johannes Kepler, Gottfried Leibniz and Sir Isaac Newton also saw the laws of nature as ideas in God’s mind and sought to glorify Him through their work. Even after the Enlightenment, in the postmodern world as he argued for different sizes of infinity, Georg Cantor brought new understanding about the enormity of God. I believe our students today need to be taught that many of the brilliant minds of the past were people of faith, seeking to think God’s thoughts after Him, as much as that is possible.

Many big questions surface as a result of those two initial ones. What is truth? Is math beautiful? Is it good? Was math discovered or invented? What are God’s purposes for human beings in this world, and does giving people the capacity to do mathematics fit into those purposes? While students are struggling to solve quadratic equations or while they are in break-out rooms finding the measure of central angles and secant segment lengths, they might not be consciously appreciating the beauty of a circle like Archimedes did. But their struggle is producing perseverance. And while laboring through Euclid’s Elements, they learn the beauty of a well-written proof and how to effectively give a reason for what they believe about a given conditional statement. These are lofty and noble goals for the believer and the non-believer alike. But the believer knows the search for the true, the good, and the beautiful is tied to a higher reality.

Socrates said wonder is the beginning of wisdom. While we know it is the fear of the Lord that leads to wisdom, is it not true that wonder and awe are intricately related?  It is our Creator who has given us the beauty and usefulness of mathematics – a gift not to be squandered.  How we teach it matters.