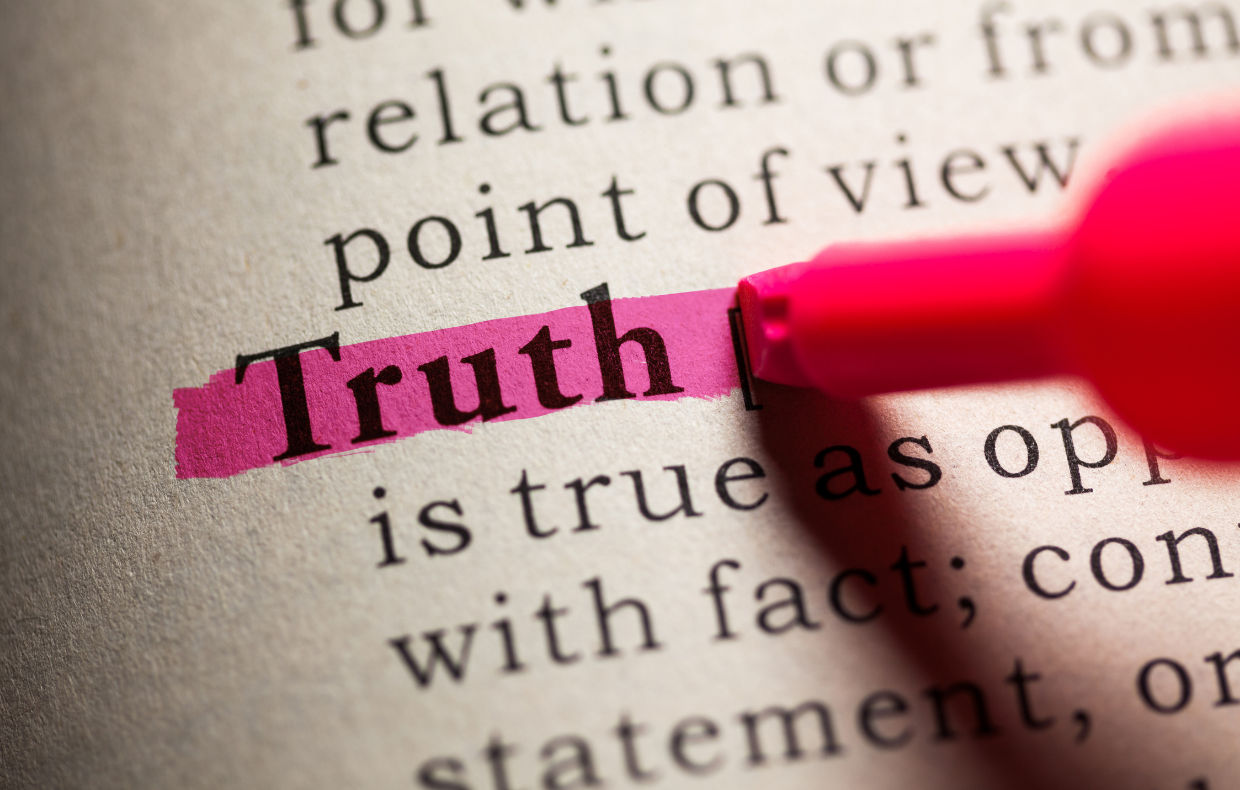 “Once an idea has taken hold in a brain, it’s almost impossible to eradicate. An idea that is fully formed, fully understood, that sticks.”

Have you ever stopped to really consider how absolutely magical and fantastical an idea is?

At its most basic level, formal education is all about giving students the lifelong tools to understand, reject, accept, communicate and apply ideas. Because of the sheer, mind-blowing volume of ideas out there—both good and bad—how can we even begin to decide which ideas we want to impart to our children?

The Western intellectual tradition and the Christian faith have given us a clear answer to that question. The most important ideas, the most foundational ideas, the ideas that are not built upon other more basic ideas, go by the names Beauty, Goodness and Truth. A truly educated person is one who understands, loves, communicates and applies those three basic ideas to all of life.

Here, I will discuss Truth. This is the idea that seems so obvious, and yet it sometimes remains so elusive. But in defining this foundational idea, one can hardly do better than the Christian philosopher Peter Kreeft: Truth is that which corresponds to reality.

So far, so good. That seems clear enough. But things get really murky when someone comes along and says, “Yes, but there is a difference between objective truth and subjective truth.”  Depending on what they mean by those terms, they might be correct. So let’s break it down.

To acquire objective truth your mind must correspond to God and the world He has created. This is “Truth” in the primary sense of the word.

You acquire subjective truth when your words and actions correspond to your own mind. This is “Truth” in the secondary sense of the word.

The relationship between these two types of truth can be pictured this way:

“Objective Truths” are those realities that exist even if no human mind can confirm them. Some examples of “objective truth” include:

Let’s address two common mistakes regarding Truth. You probably have heard these slogans before:

The problem with this statement is that the vast majority of people who utter it have failed to make the distinction between objective truth and subjective truth. For instance, someone could say, “While it is true that milk does your body good, that is not true for me. It gives me a stomach ache every time.” If both people understand that they are talking about individual needs and tastes, and that is what they mean by “truth,” then that is well and good. However, most people fail to make that distinction. As a result, they effectively believe that their own personal evaluations, tastes and opinions have the same weight as genuinely objective truth. So it is one thing to say, “Drinking milk makes me feel bad.” It is quite another thing to conclude, “and, therefore, milk is bad for any human to drink.”

Mistake #2:  “Everyone is entitled to their own opinion.”

This is a quintessentially modern value. Rightly understood, it is true: you may hold certain opinions, even crazy and dangerous ones, and in the free world the Thought Police will not haul you off to prison. For instance, Johnny could say, “Well, my opinion is that the Queen of England could beat Lebron James in a game of basketball.” Is Johnny “entitled” to that opinion? Sure, if by that we simply mean he will not be arrested and put into intellectual jail for thinking and saying that. But he should also not be shocked and indignant to find out that ESPN will not hire him to be a basketball analyst. His opinion has zero correspondence with reality.

In other words: yes, we are “entitled” to our opinions. However, we have an obligation to be intellectually responsible by grounding our opinions (a type of secondary truth) in reality (objective truth). And that is an essential part of education.

In closing, truly educated people love Truth, and, because of that, they will always be asking basic questions that will help them reliably discover the Truth.