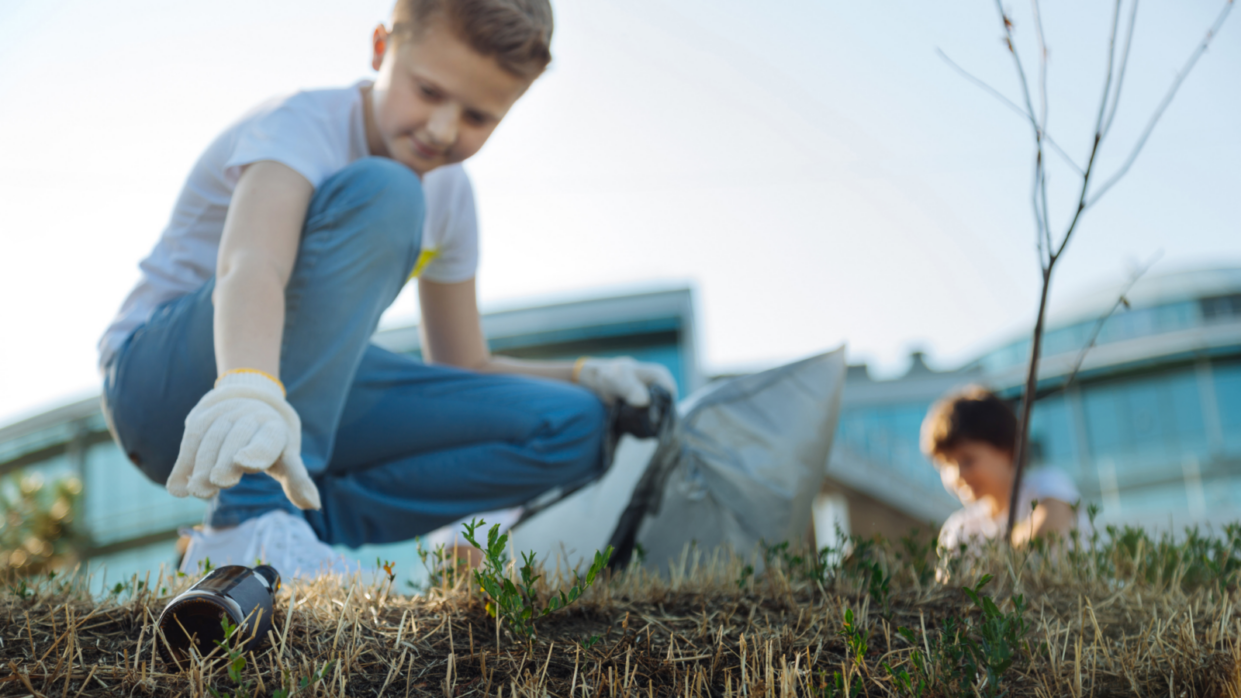 “Blessed is the man… [whose] delight is in the law of the Lord… He is like a tree planted by streams of water that yields its fruit in its season, and its leaf does not wither.”  Psalm 1

In our first of three articles on beauty, goodness and truth, we said that a child’s journey in education begins, not with an investigation into truth, but with the power of beauty that brings about delight and wonder in the child’s soul. Mr. Donaldson put it this way: “[The] first baby steps of faith are made in the context of [God’s] goodness and in pursuit of that beauty.”  It is God’s goodness toward us that we would find delight in the beauty of the starry heavens or a moving poem. And “it is only later,” he adds, “that [children] begin to learn about the truth that undergirds both.”

I want to make essentially the same point, now about goodness. The point is this: goodness, along with beauty, plays a primary role in children’s education by preparing them for eventually delighting in truth. In short, we don’t begin with truth; we begin with beauty and goodness, and we build up to truth.

Everyone has heard people quarreling. Sometimes it sounds funny and sometimes it sounds merely unpleasant; but however it sounds, I believe we can learn something very important from listening to the kind of things they say. They say things like this: “How’d you like it if anyone did the same to you?” – “That’s my seat, I was there first” – “Leave him alone, he isn’t doing you any harm” – “Why should you shove in first?” – “Give me a bit of your orange, I gave you a bit of mine” – “Come on, you promised.”  People say things like that every day, educated people as well as uneducated, and children as well as grown-ups.

Lewis’s point is that not many of us realize what we are assuming with such comments. We do not realize that we are assuming some Standard of Behavior or Rule of Conduct (which Lewis calls “The Law of Human Nature”).  We are assuming there is a Real Goodness – not imagined or invented, but actual and (at least in some sense) obligatory.  And, most important, we cannot help but assume these things.

Written on their Hearts

Lewis’s point was already made by Paul in Romans 2: “For when Gentiles, who do not have the law, by nature do what the law requires, they are a law to themselves, even though they do not have the law. They show that the work of the law is written on their hearts…” And Paul is himself echoing Moses in Deuteronomy 30: “The word is very near you.  It is in your mouth and in your heart so that you can do it.”

This is remarkably profound. We are seeing something, not just about objective goodness, but also about human beings. Specifically, we are seeing that we are helplessly moral creatures. I do not mean that we are morally good or righteous – all evidence says otherwise. I mean that we are “wired” for morality. We cannot help but think and speak in moral terms; we cannot help but believe that there is something real about goodness, and we cannot help but feel that such things matter. Consider the most ardent moral relativist you know; picture someone spitting in the face of his wife or child, and ask whether or not he would keep his moral relativism in that moment.

To clarify, we are not talking about goodness as some kind of stuffy moralism – the kind of elitist legalism that is the norm of pagan/worldly ethics. We are talking about goodness in the sense of blessing (or blessedness), which is the full realization of what human beings ought to be, what we were created to be. This alone can be the only helpful context for talk of right and wrong (i.e., morality). Hence the psalmist can picture for us the man who delights in the law of God – that is, he delights in God’s definition of right and wrong – as a flourishing man, like a tree planted by streams of water (Psalm 1).

Our pedagogy is in need of at least one more critical point, a theological point, which is this:

Goodness (along with beauty and truth) does not exist simply in itself; we are not Platonists. It exists in God. Thus, there is no complete grasping of something as good (or beautiful or true) apart from God – apart from seeing Him as its ultimate source. Thus, any matter of goodness is a matter that points us to God, because any natural interest in a moral matter can find its fulfillment only in Him. Apart from Him, goodness becomes a meaningless notion. In Him, it finds its full realization, to our perpetual satisfaction.