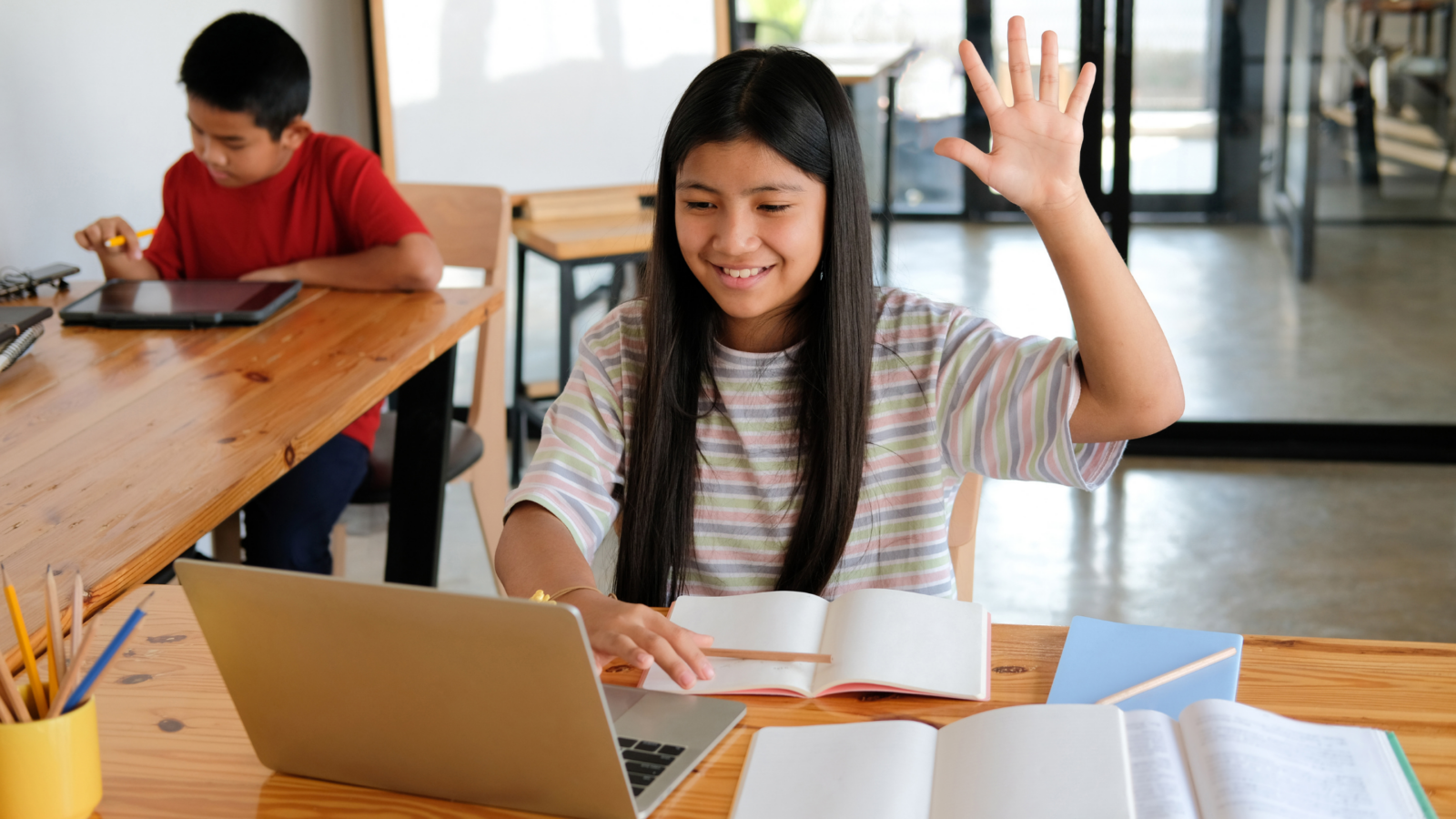 Many have said that wisdom does not consist in having the right answers but in asking the right questions. This means that the highest expression of wisdom is the perfectly formed question. We remember Socrates for this. Similarly, Confucius once said wisdom is not having knowledge but knowing that you do not know—the natural starting point, one would think, for being an “asker” rather than an “answerer.”

Perhaps for this reason, this essence of wisdom—that it is the art of asking the perfect question—is often seen as the essence of a classical education. We have different ways of saying this. You have probably heard us say that “we teach students how to think, not what to think.” And we teach students how to think by asking them questions rather than by lecturing. We sometimes call this the Socratic Method.

Many classical educators also believe that the pinnacle of this process comes when you as the student assume the role of the constructive questioner in the place of your teacher. If you reach that point, then (so the thinking goes) you have effectively slain the pernicious desire of “having the right answers” and instead have cultivated the attitudes and affections of an inquiring soul. You are well on your way to being the “lifelong learner,” a phrase that often summarizes the goal of a classical education.

Along these lines, consider an approach once suggested by Joshua Gibbs, a teacher and frequent contributor to discussions about classical education. I do not recall the details of his suggestion, but it looks something like this: for each page that students must read for homework, they should be expected to develop one question. It could be any question about any part of the book, but it has to have something to do with the book. The idea is simply to follow a rough rule: students should generate about the same number of questions as pages they read.

As I understand the goal of this exercise, students should not read simply to read. When we read books together, we are not just “covering” material. Rather, the goal is inquiry, with a good dose of wonder. Eventually, we want you to see that there are an infinite number of questions we might ask about any book or even any topic. There is, so the thinking goes, a great deal of proper humility for you to gain from this, in addition to an ever-deepening sense of wonder in your heart. Picture it like a young soul brushing up against infinity—an encounter with a vastness so much greater than the minuscule world of a typical 21st-century teenager.

Now, hear me: I have real concerns about this approach, both from what I hear God saying in the Scriptures and from my own experience as a teacher. But my concern stems from love for you as my student and the fact that there is a great deal on the line here. There is much that can be gained from a right approach to asking questions, and there is much that can be lost.

Remember, Ecclesiastes tells you that there is great weariness and vanity in a never-ending search for knowledge. Remember that Proverbs tells you that wisdom begins with fearing God. While this hints at an awareness of your own ignorance (as Confucius suggested), it is a great deal more than that. Remember how the characteristic activity of Jesus’ disciples consisted not in perpetually asking questions (though they did ask questions) but in belief and action. And remember in Acts how the life of wondering and asking seems more characteristic of pagan Athenians than of Christians.

Now, let me be clear: asking questions, like any other good thing such as watching a beautiful sunset, falling in love, or eating an amazing sandwich, is a good thing so far as it goes. The problem comes when we make it the thing, the end goal, the final reality.  Let me try to explain.

To ask good questions is to express hunger—or at least it ought to be. It is spiritual and intellectual hunger. To recognize this hunger is vital. No genuine learning occurs without first saying, “I am hungry. I need to eat, and I need something more than hackneyed assignments and meaningless tests.” If you accept this easily enough, then you should see that to satisfy the hunger is the right goal. I think the Bible means exactly this when it says that man cannot live on bread alone and that we need every word that comes from the mouth of God, that is, we need Truth. It says this because only Truth can satisfy, and the Bible uses the image of eating to convey this critical truth about ourselves.

In the same way, then, we cannot live on questioning alone. Aiming only to ask questions is aiming for perpetual and ever-deepening hunger, without satisfaction, without food. That comes pretty close to what I imagine Hell to be like. You must feast, you were made for feasting, and your hunger ought to be preparation for feasting. And the meal? It can only be Truth. Only that will satisfy.

So, I would like to give you three vital principles that I pray you hold onto this year and in years to come.

First, reject the suggestion that it’s only the journey that counts, not the destination.  Skeptics and doubters say this, not believers, and they say this because it is precisely the belief that there is a destination that they doubt. “It’s not about ‘getting there,’ so let’s at least enjoy the journey.” The Bible expresses this same sentiment as “eat, drink, and be merry, for tomorrow we die.” The journey matters, but there is no meaningful sense of a journey without a destination. Let us call travel without a destination what it is: wandering, not journeying.

Be prepared to wait.

Second, accept that you may not receive answers to all or even many of your questions right away—sometimes not for a very long time. God satisfies, but that does not mean there will not be stretches (again, sometimes long stretches) of hunger. Grasp and do not let go of the truth that there is a world of difference between you not having an answer and there being no answer at all. God may not want you to have the answer right now. We are not rationalists, and by that, I mean that arriving at answers is not simply a matter of thinking hard enough. We need to think hard, we need to try, we need to do our best, but we need also to trust that coming up empty does not mean we are encountering an empty world without Truth.

Lastly, realize that asking apart from active obedience to Christ is futile and perilous. The Christian life is not simply an intellectual life, as though Christ calls us only to the enjoyment of cerebral pleasures by way of reading and discussing great books. That is more like Platonism than Christianity, or to act more like Bunyan’s Talkative than Christian. Jesus had his disciples walking everywhere and in regular service. Their conversations and discussions (and they certainly had those!) were always set in the context of an active Christian life. Thomas à Kempis once wrote that “a good life refreshes the mind.” This is profound. He is saying that active obedience to Jesus is not just the right thing to do, but one of the best ways to feed and strengthen your mind.  Put differently, a great way to be intellectually unhealthy is to only talk and never do. So, place active obedience to Christ in the way you live and the choices you make upfront, as a matter of first importance, not at the end, as though those things will only happen once you intellectually solve life’s biggest questions.

I say, then, that we ought to see wisdom more in terms of feasting than searching. Chesterton had the right idea when he cautioned against the rationalist/modern use of reason: