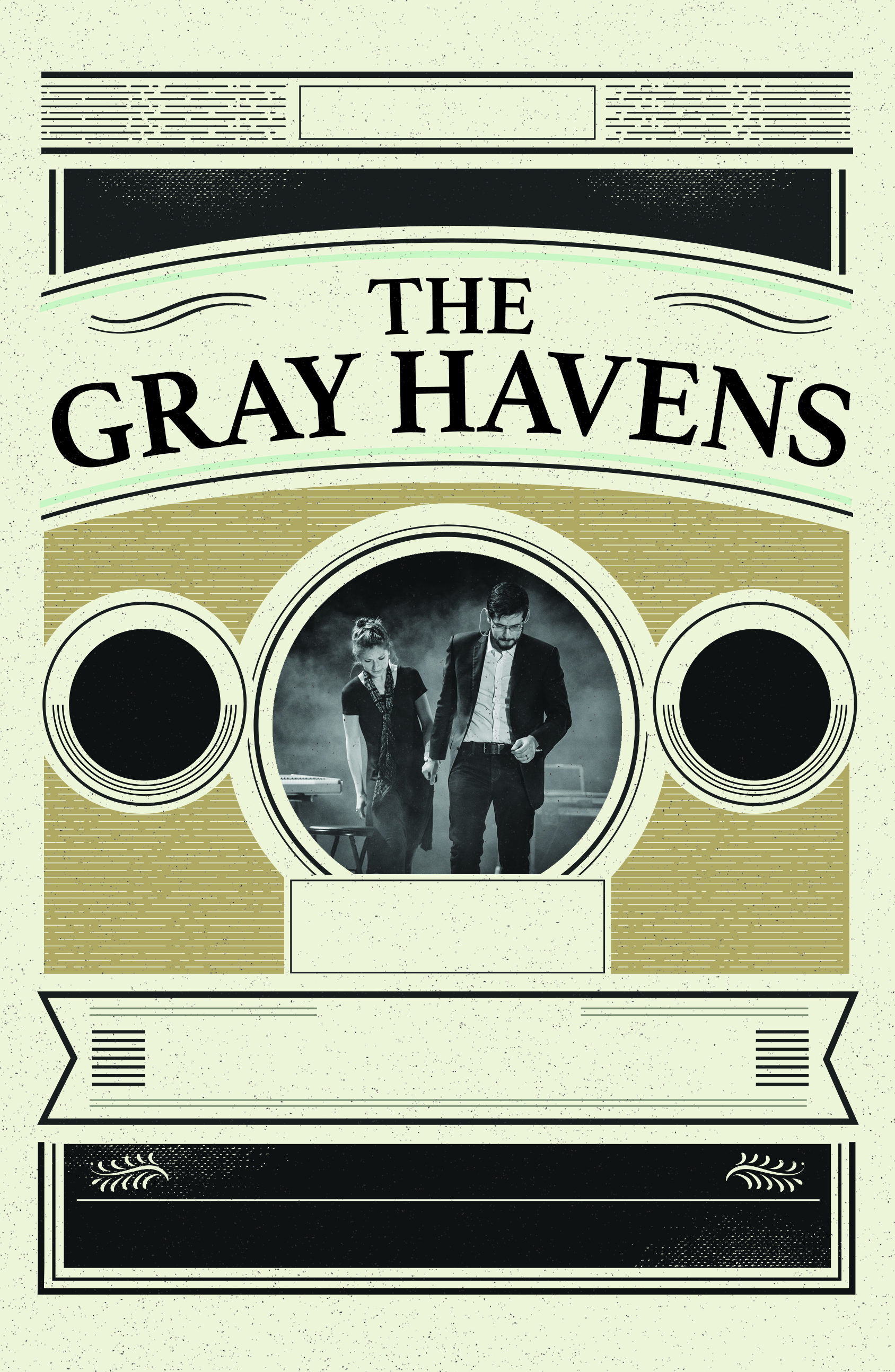 Thanks to one of our dear WHA families, we have more exciting news about LINK 2018!  Next week, WHA has the privilege of welcoming The Gray Havens to Texas!  On Friday evening, Dave and Licia Radford will entertain our families with a private concert. Keep reading to learn more about this captivating couple and why we can’t wait to host them. 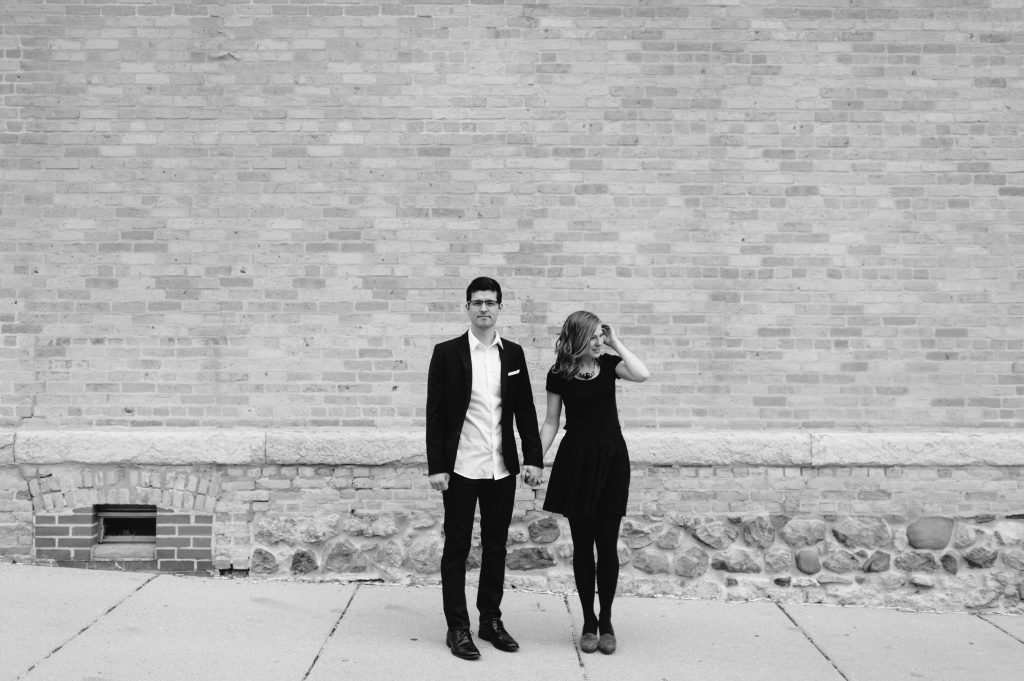 Three words. That’s how it started. Three words that teased the start of a story, a story that became a song and a title track for an album that was originally only supposed to be an EP. Three words that hint at a bit of mystery:

There’s already a touch of mystery in the name of Dave and Licia Radford’s band, The Gray Havens. It provides a moment of recognition and camaraderie for Tolkien fans who know the reference to the mythical seaport where ships sail away to a far country. Beyond the reference, the name helps the listener learn what to expect: this is music meant to take us somewhere.

The Gray Havens’ third studio release, Ghost of a King, finds the husband-wife duo in fine form, stretching musical boundaries and writing some of their most personal and powerful lyrics yet. Dave notes an important difference this time around: “The last two records both have songs on them I wrote in college, so I feel like I’ve been making records with both myself and my college self. These songs are all very new, just recently written, so they feel very current and representative of where we’re at in life.” That present station in life has changed quite a bit with a move to Nashville and the arrival of Simon, a beautiful baby who’s already seen more time in a recording studio than most aspiring musicians.

Ghost of a King possesses a remarkable range. There are songs, like the title track, with poetic – almost Shakespearean – imagery. There are grand epics fit for a darkened concert hall and ethereal layers reminiscent of Sigur Rós or Gungor. There is straight-up pop music, too, with brilliant producer Ben Shive (Colony House, Andrew Peterson) infusing loops and infectious beats. And there’s a deeply personal love song. 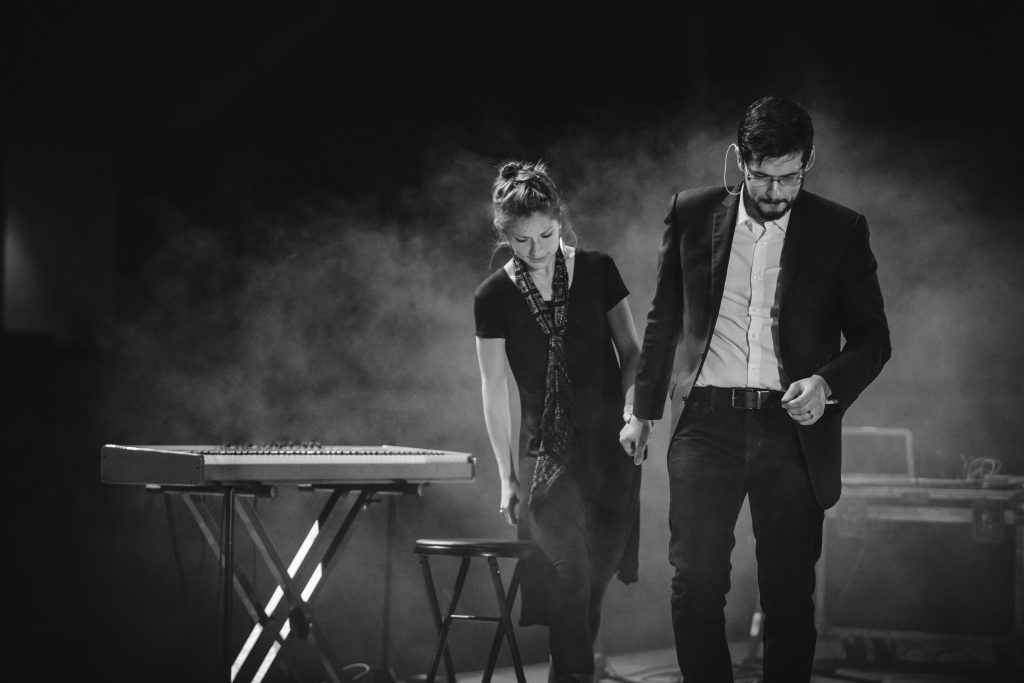 In the context of that refreshing variety, the album stays cohesive thanks to its exploration of the human condition of longing. Dave explains: “The opener sets up the record as the deepest longing somebody can have being fulfilled. The subsequent songs are sub-stories of different longings we have had or have currently, whether that be a longing to do something important with my life, or love my spouse well, or not be caught up in chasing money, or to spend eternity with my friends and family.”

The theme is expressed with ardor in “Take this Slowly”, a song of reflection that borrows a truth from a John Piper book about the tenuous desire to know that we’ll be able to handle future trials or hard seasons, when all we’re promised is grace sufficient for what’s right there in front of us. The song’s heartbeat builds slowly with unhurried acoustic guitar in 3⁄4 time as the vocals become passionate in their conviction: “All I need is coming / But it’s just beyond what I can see / So if my eyes press forward in fierce alarm / Just turn my head back to see / To see how we got this far / And I’ll be alright.”

And what of that ghost that started it all? For a time he lived among 700 voice memos on Dave’s phone, little fragments of vocal or guitar ideas that might become the building blocks of a song. When the band started recording, Dave had only brought six fully developed songs to the studio, so he decided to cull through all 700 voice memos for new material. “I had starred that one and I heard it again and it was cool to me, kind of rappy at times, but I didn’t know what to do with it,” he recalls. “Much of the lyric was gibberish, but the first three words I sang were, ‘Met a ghost.’ I built a song using those three words as a starting point and it ended up being a person’s narrative journey of new birth or new life.”

Our longings for what might happen to those we love are expressed in the album’s final track, “Go”, a song both tender and epic. The yearning piano underpinning the anthem was originally thought of as an instrumental outro for the album. However, its emotion could not be overlooked, and it grew into a profound first-person declaration of the very nature of the band’s name. There are “golden shores with lights more radiant than the sun”, and this song is a compelling invitation to find them.

Not only does the album surround the listener with immersive soundscapes and lyrical imagination, it shows off the couple’s vocal prowess. Dave’s voice was first heard on a national stage when, as a high school student, he made the top twenty on American Idol Season Five. It’s probably better now that more people know him for The Gray Havens than for Idol, since the band’s music is so far removed from the standards he crooned a decade ago.

Today, The Gray Havens are making the most well-crafted music of their career. The partnership with Shive seems especially propitious; the band and producer have crafted music that deserves the finest speakers or headphones.

If Tolkien’s seaport (the Grey Havens) is a launching point from which the traveler sails toward a distant holy shore, then Ghost of a King is traveling music. This collection of expressive songs speak wisdom into the here and now even while they cast a watchful eye toward the holy shore.